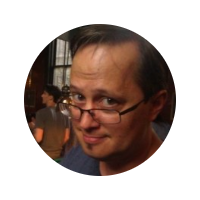 In 2001 I was working at Electronic Arts – Westwood Studios designing the online multi-player interface for a title in the Command & Conquer franchise. I wasn’t, however, much of online multi-player (I still prefer solo campaigns) so I felt that I needed more insight. I talked with my boss and asked if we could bring in some online gamers with whom I’d have one-on-one conversations. I didn’t know it at the time but I had surreptitiously just conduct my first, albeit undisciplined, user research and usability study and it literally ended up changing the course of my life.

More and more I wanted to understand the audience for my design; what were their expectations, why would X appeal to them more than Y, what might unexpectedly delight them? While Director of Electronic Design for MGM MIRAGE, my team helped codify the different personas of guest of MGM MIRAGE properties (Bellagio, MGM Grand, Mandalay Bay, TI, among others). This informed our marketing strategies and design collateral. A pivotal moment in my career trajectory came when I was asked to participate in Cirque du Soleil’s rebrand effort of their New York-New York Hotel & Casino show, Zumanity. In addition to the concept design work, the project afforded me a deep dive into market research, competitive analysis, and different research methodologies. A short time later I was again asked to work with Cirque du Soleil as they branded their new show at The Mirage, The Beatles LOVE. By this point, I was hooked on user-centered design.

Las Vegas can be an odd place to raise a child and, as I now had one, my wife and I made the move to Denver, Colorado in 2007. During my job search, I was very intrigued when I interviewed with EffectiveUI. The company seemed to be on a path very similar to mine. At the time they referred to themselves as a “rich internet application” agency but their approach to projects and their methodologies were leaning very

hard on UX. About six months after joining them as a Production Designer and later as Lead Experience Architect, EffectiveUI realized it looked, swam, and quacked like a UX agency and so embraced it. In fact, while we might not have written the book on UX, we certainly wrote a book on UX and I’m please to have contributed some illustrations and ideas to it. During my tenure at EffectiveUI, I had the opportunity to work with an incredibly diverse array of companies and teams, design assets from journey maps right through to final developer hand-off themeframes, and conduct user research and usability testing throughout the U.S. as well as in Europe, Asia and the Middle East.

After six years, I began to want longer engagements than agency work tends to afford (ours were typically about 4 to 6 month engagements, give or take). I wanted the time to understand how the experiences I created did or did not help users achieve their goals and mitigate their obstacles. I wanted to develop an experience that I could own, iterate, and evolve. eBags presented me with just such an opportunity as well as giving me ecommerce experience. I recreated our mobile experience, moved our site from a five page checkout funnel to a single page, oversaw a third party’s creation of our mobile app and, finding considerable friction points in it, took ownership of the project and redesigned it for its v03 release.

In March of 2019, I was hired as Senior Experience Designer for the Verizon business unit, Verizon Location Technology.  The technology explored by this organization has required me to adapt my design philosophy and has posed so many intriguing questions. What is user experience when one of the end users is a mobile robot? What interaction conventions will dominate an augmented reality experience?  What role does a digital map play for passengers when directions and routing are managed by autonomous vehicle systems? It has been an exploration of incredible new technological capabilities and a remarkable learning experience.

Throughout my career, I have been an evangelist for user-centered design both within my companies and the clients they’ve represented and also in speaking on the topic at conferences.  I relish the challenge of creating useful, usable and desirable experiences and understanding those who will engage with them.